The chiropractic adjustment is so effective that it works as well as two medications given at the same time. The adjustments took place over eight weeks and during that time, the patients who were tested did not take any medication, despite having high blood pressure. 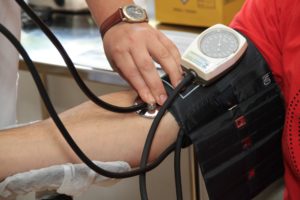 The study was published in the Journal of Human Hypertension and took place in 2007. In this study, chiropractors tested the hypothesis that realigning the Atlas vertebra would help people reduce and maintain a lower blood pressure. The study was double-blind, with one group receiving the adjustment to the Atlas and the other group receiving a useless adjustment. Those who received the Atlas adjustment saw a significant reduction in their blood pressure rates over the course of eight short weeks.

According to a study published by the National Heart, Lung, and Blood Institute, “[h]igh blood pressure is a major public health concern because it is a very common condition and a leading risk factor for other conditions, including heart attack, heart failure, stroke, chronic kidney disease, and cognitive decline.” Instead of treating this problem with costly medications and other expensive medical treatments, eight weeks of chiropractic care can make a major change.

The trouble with hypertension

When patients who are prescribed antihypertensive medication do not follow their prescriptions, they are at risk of their high blood pressure returning. But, according to a study published in the American Journal of Hypertension, there are significant side effects that patients experience while taking their antihypertensive medication. Two of the side effects that are commonly experienced – as 85% of the people studied experience the side effects – included excessive urination and decreased sex drive. But, if patients who have high blood pressure want to have a safe and effective treatment, they simply need to schedule eight weeks’ worth of appointments with their local chiropractor.

The same study included surprising statistics about the prevalence of high blood pressure. About 43 million adults over the age of 18 experience high blood pressure in the United States and slightly more than half of them take prescription medication for the problem. About half of those who are prescribed medication take less than 80% of their medication, which creates a problem of uncontrolled high blood pressure or hypertension. This problem can create serious problems like an increase in hospitalization for heart failure or stroke. High blood pressure problems do not have to be this serious as the easy solution does not require medication and is more efficient than a popular pairing of two hypertensive drugs.

Using relaxation as a compliment to adjustments

While visiting a chiropractic clinic to lower your blood pressure, you can also ask about ways to relax your body and mind. Many chiropractors have massage therapists on staff and they can help you relax. In a study published in Holistic Nursing Practice, relaxation and hypertension were studied. While massage was not used in the study, a technique called progressive muscle relaxation was and it was found to be effective in lowering stress. The relaxation technique also had an immediate effect on the pulse rate and both systolic and diastolic blood pressure. The patients reported feeling less stress which improved their quality of life. 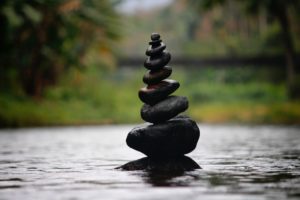 Along with relaxation from progressive muscle relaxation, patients who used meditation to lower their blood pressure saw positive results, too. In a study published in the International Journal of Hypertension, several mind-body relaxation techniques were tested in regard to lowering blood pressure. The different techniques included relaxation therapy, stress-management therapy, Zen meditation, transcendental meditation, and mindfulness-based stress reduction. The findings were hopeful, especially the mindfulness-based programs. They were found to both treat and prevent high blood pressure. These techniques could be used alone or as complementary treatments along with chiropractic care or with prescription medications.

Dr. Brent Wells is a graduate of the University of Nevada where he earned his bachelor of science degree before moving on to complete his doctorate from Western States Chiropractic College. He founded Better Health Chiropractic & Physical Rehab in 1998. He became passionate about being in the chiropractic field after his own experiences with hurried, unprofessional healthcare providers. The goal for Dr. Wells is to treat his patients with care and compassion while providing them with a better quality of life through his professional treatment.

NOTE: This information is not intended to replace the advice of your own physician. As with any treatment, it is advised that you consult your physician prior to taking or discontinuing medications.