This post originally appeared on February 14, 2018. We’re reposting now in honor of all the fathers who have made a similar journey.

None of us wanted to go.  It was approximately six months after our wives had died, and we were all still stunned.  We were ripe with grief; shocked; stunned with the mess we had been left.

Two doctors, Donald Rosenstein and Justin Yopp, who treated those with psychological fallout from their disease, were stunned at their realization that no one in the world to their knowledge had studied fathers who had lost their wives.  There was no research, no support.  The wife died, and the men bucked up or seemingly did.

Eight of us showed the first night.  We sat around a table and shared our stories.  Looking back on it, I’m surprised that any of us went back.  You watch eight grown men, strangers, vomit their most vulnerable emotions, tears running down all sixteen cheeks, for what seemed like hours – and you might not return either.  But seven of us did. 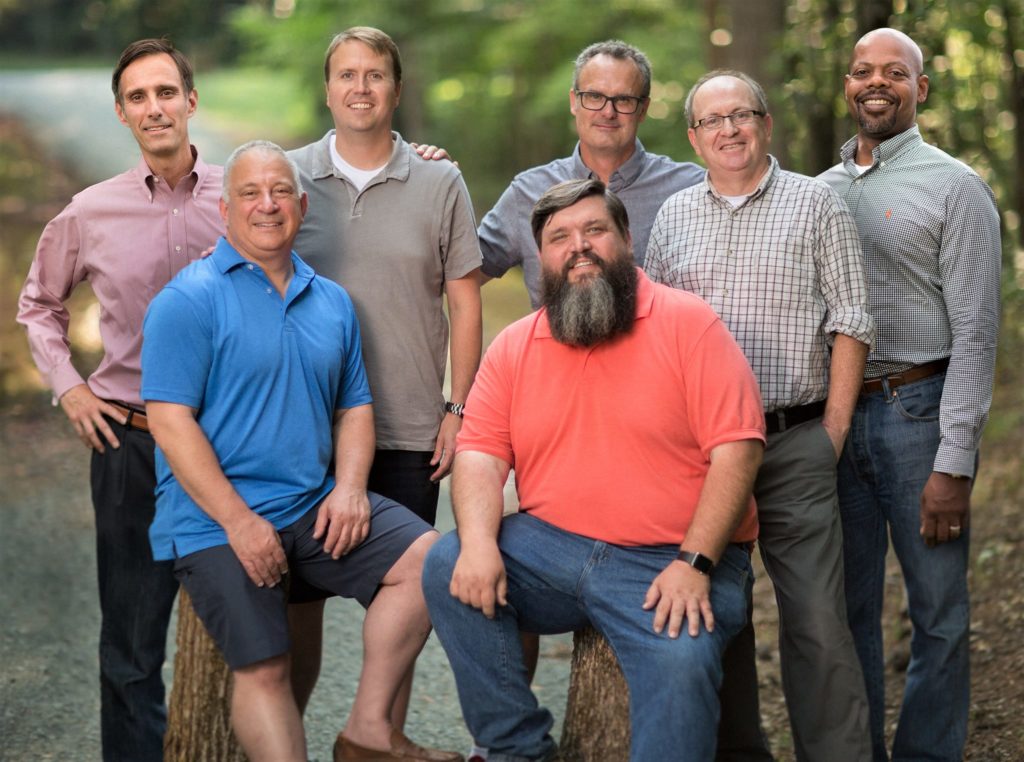 Fathers who lost their wives

What began as a six-week trial lasted for four years.  In fact, nearly eight years later, we convene bi-annually just to catch up.

We aren’t all alike.  One is very shy.  Another tackles life like he’s building a Boeing 747.  One swears the wrong parent died.  One, me, can toss a one-liner like a champ to avoid going too deep.

What these two doctors did through their work with us is stunning.  With unwavering support and listening ears, they ushered us back to our new normal.

Three in the group are remarried.  I am engaged.  Two others have had significant relationships.  Our families are fine and broken and have coped in their own ways.

It is fascinating to see our evolution.  I call it the making of men.

Last week Don and Justin published their book about us:  The Group: Seven Widowed Fathers Reimagine Life.  It outlines stories that we shared at our meetings with significant insight from an outsider’s view.  I’d say it is worth the read.

I am indebted to many, many people for getting me through to a point of incredible happiness but especially to this group.  My single father buddies gave me a soft place to land assuring me I wasn’t losing my mind.  They let me know that the mistakes I made weren’t any worse than theirs.  These dudes I’ve spent less time with than most of my other friends, understand me in very deep ways.

As for Don and Justin, they have been the heartbeat.  Encouraging.  Sharing insights.  Occasionally kicking one of us in the butt.  For them I am grateful.

Info on “The Widowed Parent Project“