I had been a hospice companionship volunteer for less than two years when the coronavirus interrupted my visits with the lovely people I have the privilege of seeing each week. I can’t wait to resume those visits, but for now, sheltering in place, I’m reflecting on what my experiences so far say about what we value most when time is short. It seems to come down to five “touches”—five things that travel straight to and from a person’s core. In this time when many of us are caring for sick or elderly relatives, reminding ourselves of these touches might help. 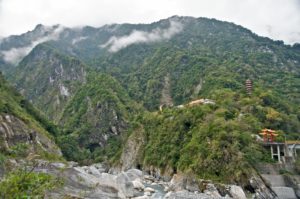 Starting out, I presumed that the people I’d be visiting would treasure memories and, for at least some of them, music—and sometimes the two interwoven. A reminder of a place and time can transform the spirits of even a severely ill person, if only for a few moments. When I pointed out several photographs of Taroko Gorge in a book about Taiwan to a Parkinson’s patient who’d been stationed there for a couple of years, he sat upright, excitedly recalled a helicopter ride he and his wife had taken there, and, with a passion I’d never remotely heard in his voice, said how much he looked forward to sharing this book with her.

And music is magic. As both the neuroscience and our experiences tell us, music reaches our brains and our hearts when nothing else can—directly, immediately, unfiltered. One woman I visit is unable to communicate coherently: over several months of weekly visits, the most she’d ever voiced were occasional bursts of totally unintelligible gibberish. But she loves music from the 1940s and 1950s, patting and swaying her legs along with the rhythms. One day I played the soundtrack from the musical Carousel for her, and when we came to the song “If I Loved You” she seemed to be paying particularly close attention. Just after the female lead had completed her half of this love duet, singing soaring words about the ways she would love the man “if” she loved him, my heretofore wordless friend fixed me deeply in her gaze, leaned toward me conspiratorially, and with certainty declared, clear as a bell, “She does.”

Once she released me from her gaze I blinked, gave my head a couple of shakes, and tried to grasp what had just happened. I was suffused with a sense of immense privilege: here, in this very moment, this dear, once-extroverted, people-loving person had found words to express the essence of who she is. Limited by illness but beyond pretense, beyond calculation, beyond posturing, people can show their deepest selves, not perfect, perhaps, but perfectly unfiltered—like the music. One day not long after the Carousel experience, I was playing The King and I for her. This time, when “Shall We Dance?” drew to a close, she reached for my hand, looked me in the eye again and said, simply, “Yes.” These moments almost began to become routine (no they didn’t!) when a week later, as we played some Buddy Holly and other early rock ‘n’ roll, she quietly commented, to no one in particular, “THIS is music.”

Already I could tell a dozen stories about music transfixing and transporting my listeners. One’s spasmodic twitching stopped the moment Doc Watson began to play and sing; one, deeply confused and in pain, smiled with her entire face as she pondered whose version of “Ain’t No Mountain High Enough”—Diana Ross’s or Marvin Gaye and Tammi Terrell’s—she loved more; another was soothed as he passed away by hearing Johnny Cash; one, generally quite anxious and talkative, went stock still on hearing the first few bars of “The Old Rugged Cross” and, when the song was done, said softly, “That’s the first hymn I learned on my grandmother’s lap.” 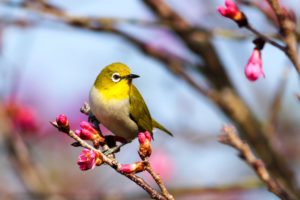 Photo by Boris Smokrovic on Unsplash

So memories and music are, as one might expect, among the touches that can reach people who otherwise are consumed with the demands of physical and mental disease. We can add beauty and, quite simply, love as two more such touches, sometimes expressed through memories and music and sometimes in other forms. Favorite verses of Wordsworth or passages from a Brahms symphony bring to one man smiles that are small and sleepy, but deep and serene. In her imagination one woman clearly could “feel” the soft plumage of the birds whose photographs she gently stroked. The “Tiny Love Stories” from the New York Times elicited from another woman, week after week, broad smiles and laughter and, sometimes, tears of real sadness and loss—for which she always insisted she was grateful. Entering into stories of love, others’ and her own, whatever the cost, was what she treasured more than anything.

It’s the power of a fifth touch—humor—that surprised me most. Again and again, the women and men I visit want nothing so much as to tell or hear something that makes them laugh. And not just as diversion—not any old joke you could find in an attempt to take their minds off their confinement and discomfort. What they want is their humor, the styles and subjects and delivery of humor that, it’s clear to me, reach down into each of them as purely and deeply as music and memory and beauty do. One man loves bad poetry; there’s nothing greater than seeing him smile from his otherwise dozy, withdrawn state and crack, after an especially purple passage of overwrought verse, “He really sweated over that one.” When I read him a 19th century poetic paean to the London sewer system (I’m not making this up), he took it all in, then sat up and recapped the poet’s message: “No shit.”

Another man I now visit had aggressively resisted visits at first: he wanted nothing to do with yet another person messing with him. His wife intervened and we were slowly breaking the ice when I asked if he liked music of any sort. After a silence of literally two minutes, he said, almost inaudibly to the wall beside him, “country.” Encouraged, I probed further. “Any particular country singers?” Another two minutes later, he mumbled, barely loud enough for me to hear: “Jerry Jeff Walker.” I knew I had my chance. “Like ‘London Homesick Blues’?” I asked. For the first time he tilted his head upward, showing a flicker of interest. I started singing, “I want to go home with the armadillo….” He took it from there: “Good country music from Amarillo and Abilene….” We were together for “Friendliest people and the prettiest women you’ve ever seen.” We’ve been trading humorous songs and stories since, along with healthy doses of Dave Barry. He tells me he likes any pie that’s “non-zucchini pie,” and when he learned I’d never eaten a MoonPie or anything else chocolate for that matter, he got a stricken look on his face and intoned: “Man, you have a lot of blocks missing from your life.” I knew we had roused something that makes him pleasurably himself when I heard he taught the others in the skilled-nursing facility to sing “Up Against the Wall, Redneck Mother.” Picture that.

Memories, music, beauty, love, humor—touches to and from the deep us. Often intertwined and interwoven. After I’d shared a book of Colorado photographs with a 101-year-old woman who grew up there and was delighted to be taken back in her visual imagination, I said I knew the area where she grew up and asked when she had left her hometown. She paused, let a bright and slightly puckish smile spread across her tiny face, and said, “Today.”