Stephen’s hospice story is unique, because he’s still here to tell it. “I moved here to bury him in North Carolina,” his wife says. But after six months of hospice care with Transitions LifeCare, “little by little, he started getting better.”

Honey, don’t worry about it. You just let us help you.”

Stephen and Ruth were living in Texas when he was diagnosed with advanced lung cancer which had spread to his brain. Stephen and Ruth are both self-employed and didn’t have health insurance, and so they had decided not to seek treatment for his condition. “This might be crazy to some people,” he said, “but I had this feeling that God was not going to let me die. I can’t explain it, I just had this sense that it wasn’t going to happen. But, if I didn’t make it, I didn’t want to saddle her with all those bills.” They decided to move to North Carolina to be closer to two of their children. They met with a Transitions LifeCare team when they arrived, and Ruth explained to the nurse that they were uninsured. She remembers the nurse said, “Honey, don’t worry about it. Don’t worry, you have too much to worry about – you just let us help you.” 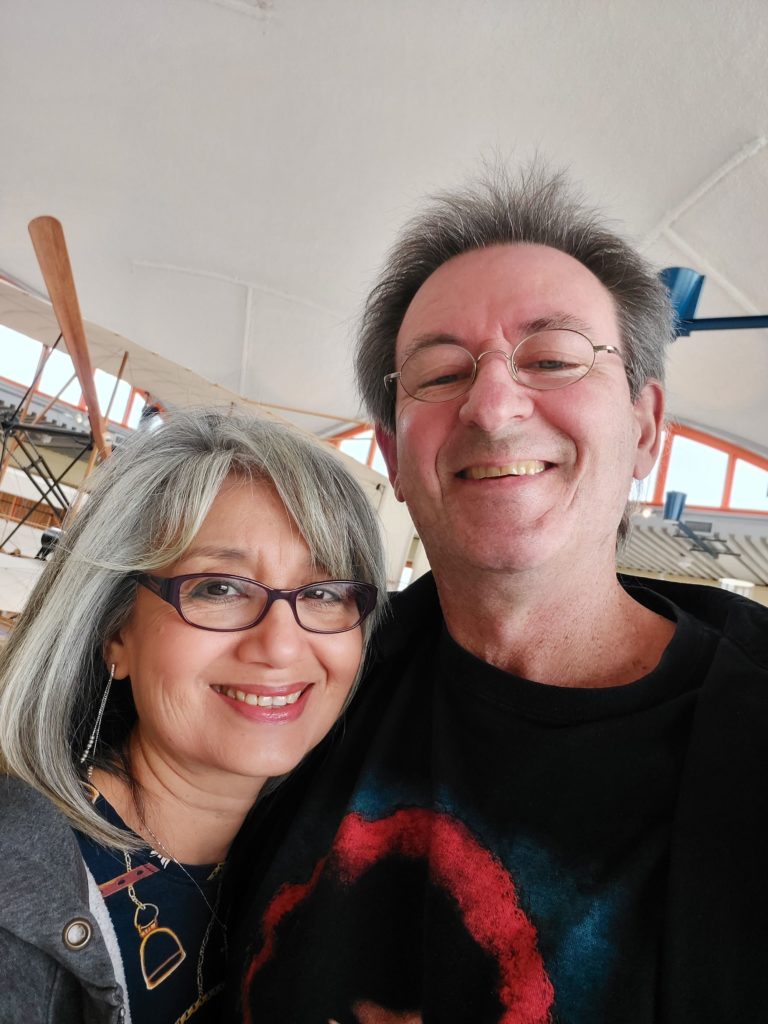 Shortly after that consult, Stephen’s health rapidly deteriorated. “He couldn’t walk, he couldn’t talk,” Ruth remembers. They moved him to the Hospice Home where Ruth stayed with him for three days. She didn’t want him to die there, so they brought him to their new home in Fuquay-Varina and engaged hospice services at home, right around the beginning of the COVID-19 pandemic. “That was hard,” Ruth says. “We were going through all of this in a new place. We came here to be with our family and we couldn’t even see them.” For months, their children and grandchildren could only come to the front window and wave.

Stephen and Ruth had a routine of going to a park near their home to see the ducks. Ruth would push him in a wheelchair. But then, Stephen remembers, “Just day by day, I started to get a little better. I could say a few words, not too many. I could get to the bathroom on my own.” Eventually, Stephen was able to use the chair as a walker on their short trips to the lake, to support him as he walked. Then they started going to church and eventually he was walking without assistance. A few months later, he was standing and playing guitar at his church.

His hospice team also noticed Stephen’s unusual trajectory in hospice care. “You were dying!” they said to him. “But now, you don’t need us anymore.” Ruth still shares their amazement. “There’s no explanation for what happened,” she says. But Stephen just smiles and says, “I believe in God, who heals.”

I was loved and I was helped. We could not have landed in a better place.”

Today, Stephen’s tumors have shrunk and he is moving, talking, reading, and doing projects around the house. Stephen was discharged from hospice care and he obtained health insurance, so he is undergoing some light treatment for the cancer that remains. “I’m feeling a lot more at ease,” he says. “Slowly I’m able to do more.” The best part of getting better was getting his driver’s license back. He drove across the country to see siblings who thought they’d never see him again and to be with extended family when his father died. He laughs about the day someone came to pick up his hospital bed and other equipment and he helped carry it to the car. “The man kept looking at me,” he says, laughing, “and eventually he said, ‘This is just so exciting! I never get to see the patient. Wow.’”

Ruth listens as Stephen tells his story with tears streaming down her face. “The biggest thing for me is to say thank you. Thank you, thank you for what you did. I was loved and I was helped. We could not have landed in a better place.”